Skip to content
ESSA PHARMA, INC. HAS BEGUN DEVELOPMENT OF A SECOND GENERATION ANITEN COMPOUND FOR THE TREATMENT OF HORMONE-DRIVEN CANCER

ESSA’s Board of Directors is comprised of successful decision-makers from a broad range of industries.

Richard Glickman, L.L.D. (Hon)
Chairman of the Board

Richard Glickman, L.L.D. (Hon)
Chairman of the Board

Dr. Parkinson has served as President and Chief Executive Officer of ESSA Pharma Inc. since January 2016, and as a Director of the company since June 2015. Prior to joining ESSA he had been a Venture Partner at New Enterprise Associates, Inc. From 2007 until 2012, Dr. Parkinson served as President and CEO of Nodality, Inc., a biotechnology company focused on the biological characterization of signaling pathways in patients with malignancy. Until October 2007 he was SVP, Oncology Research and Development at Biogen Idec, where he oversaw all oncology discovery research efforts and the development of the oncology pipeline. Previously he had served as VP, Oncology Development, at Amgen and VP, Global Clinical Oncology Development, at Novartis. In those roles he oversaw the successful clinical development of a series of cancer therapeutics, including Gleevec, Zometa, Femara, and Vectibix. Dr. Parkinson worked at the National Cancer Institute from 1990 to 1997, serving as Chief of the Investigational Drug Branch and then as Acting Associate Director of the Cancer Therapy Evaluation Program (CTEP). He is a past Chairman of the Food & Drug Administration (FDA) Biologics Advisory Committee, a past member of the FDA Science Board, and is a recipient of the FDA’s Cody Medal. He is a past editor of the Journal of Immunotherapy and past president of the Society of Biological Therapy. He has served on the National Cancer Policy Forum of the Institute of Medicine and is a past co-chair of the Cancer Steering Committee of the NIH Foundation Biomarkers Consortium. A past Board Director of the Ontario Institute for Cancer Research, he currently serves as a Board Director for the Multiple Myeloma Research Foundation. He served as Chairperson of the American Association of Cancer Research (AACR) Finance and Audit Committee for 15 years and is a previous elected Board Director of AACR. Dr. Parkinson was a Director of Facet Biotech, Inc., until the acquisition by Abbott Pharmaceuticals, and was a Director of Ambit Biosciences until the acquisition by Daiichi Sankyo. He was also previously a Director at Threshold Pharmaceuticals and Cerulean Pharmaceuticals. He currently serves as Director on the Boards of CTI Biopharma, Inc (CTIC), 3SBio Inc (1530.HK) and is a Co-Founder and Director of Refuge Biotech, Inc. He has held academic positions both at Tufts and at the University of Texas MD Anderson Cancer Center, and has authored over 100 peer-reviewed publications. 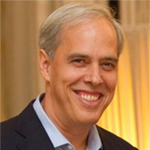 Mr. Martin is Chief Executive Officer of Palladio Biosciences, a clinical stage biopharmaceutical company developing medicines for orphan diseases of the kidney. He joined the ESSA Board in July 2019 following ESSA’s acquisition of Realm Therapeutics (NASDAQ: RLM) where he had served as Chief Executive Officer since 2015. Mr. Martin brings more than 25 years of experience in senior executive roles in the life science industry, with a focus on business development, operations, and raising capital. In his career he has served as Chief Executive Officer of Affectis Pharmaceuticals, President of moksha8, Chief Operating Officer of Intercept Pharmaceuticals (NASDAQ: ICPT) and Chief Finance Officer at Bioxell (SWX: BXLN). He began his career at SmithKline Beecham Pharmaceuticals where he held roles of increasing responsibility in marketing and strategic product development and later joined Novartis as Vice President, Global Business Development & Licensing. He is an active coach and mentor to other senior executives, and is a guest lecturer at Wharton and Columbia Business School on biotech, entrepreneurship, and financing . Mr. Martin holds a BA from Cornell University and an MBA from Harvard. 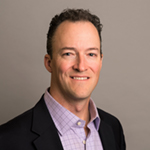 Mr. Requadt, LL.B, MBA, has served as a director of the Company since January 14, 2016.  He is currently Chief Executive Officer of Talaris Therapeutics, Inc., a privately-held, late-stage, cell therapy company.  He is also a Venture Partner at Blackstone Life Sciences.  Until October 2018, he was a Managing Director at Clarus, a life sciences investment capital fund. Mr. Requadt has over 18 years of operating and investment experience in the pharmaceutical industry. Prior to joining Clarus in 2005, Mr. Requadt was Director, Business Development of TransForm Pharmaceuticals, and previously practiced for several years as a mergers and acquisitions attorney at Davis Polk & Wardwell.  Before that, Mr. Requadt was a law clerk for a senior judge at the Supreme Court of Canada. Mr. Requadt holds a B.Com (Economics & Finance) from McGill University, an LL.B from University of Toronto and an MBA from Harvard Business School (Baker Scholar). He has previously served as a director or observer on the board of directors of AvroBio, Inc, VBI Vaccines, Inc., TyRx Inc., Catabasis Pharmaceuticals Inc., Oxford Immunotec Global PLC, Link Medicine Corp., Biolex Therapeutics Inc. and Edev S.a.r.l. 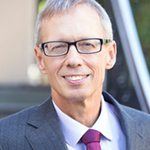 Mr. Sollis has served as an ESSA director since April 2012 and is a partner at the law firm of Dentons Canada LLP. He represents clients in the areas of corporate and securities law, with a focus on acquisitions, financings and reorganizations. He has acted for a variety of public and private companies in financing transactions, including public offerings, private placements of debt and equity, special warrant financings and public and private limited partnership offerings. Mr. Sollis has also assisted clients with takeover bids, mergers, proxy contests, spin-offs, joint ventures and acquisitions of private businesses. He received a Bachelor of Laws degree from Dalhousie University. 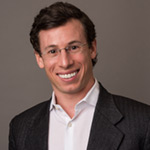 Ari Brettman is a Principal in the Blackstone Life Sciences group, having joined Blackstone as part of its acquisition of Clarus in December of 2018. Mr. Brettman joined Clarus in September 2014.

Dr. Brettman is focused on investments across the firm’s portfolio, including startups and partnerships with pharmaceutical companies. Prior to Clarus, Dr. Brettman completed a residency in internal medicine and a fellowship in cardiology at Massachusetts General Hospital. Dr. Brettman was also an NIH-sponsored post-doctoral fellow at the MGH Center for Systems Biology, where he studied the autophagy of lipid droplets and used electronic medical record-based big data analytics at Partners Healthcare to conduct clinical research and improve disease management. Dr. Brettman is a member of the Board of Directors of Praxis Precision Medicines, a startup in genetically defined neuropsychiatric disorders.

Dr. Brettman received his M.D. from Duke University and his AB in History and Science from Harvard College. While a medical student, he was a Sarnoff Cardiovascular Research Foundation Fellow at Stanford University, where he studied angiogenesis 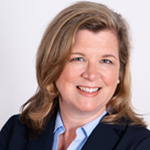 Ms. Thorell has more than 25 years of accomplishments in finance and operations having successfully led multiple M&A, licensing, and fundraising transactions.  She serves as Chief Financial Officer of Palladio Biosciences, a privately owned, clinical stage biopharmaceutical company developing medicines for orphan diseases of the kidney. She was previously Chief Financial Officer, Chief Operating Officer and Executive Director of Realm Therapeutics (Nasdaq: RLM). Ms. Thorell collaborated with the Board and CEO to transition Realm’s focus to drug development, following a strategic overhaul of the company. In 2019 Realm was acquired by ESSA Pharma (Nasdaq: EPIX) and she was appointed a director of ESSA. At Realm, Ms. Thorell was responsible for divesting both domestic and international operating businesses and in-licensing and out-licensing assets, generating more than $50 million in proceeds to fund growth and clinical development. She led Realm’s initial listing on Nasdaq in 2018 and participated in the initial public offering on the London Stock Exchange in 2006. She negotiated terms of a $26 million private placement with top biotech investors in 2017, secured the conversion of convertible debt to equity and collaborated on multiple additional financings. Ms. Thorell began her career and earned her CPA at Ernst & Young, LLP. Subsequently, she worked for Campbell Soup Company (NYSE: CPB) in finance and operational roles of increasing responsibility and thereafter served as an executive consultant focusing on financial and human capital projects. Ms. Thorell earned a BS in Business from Lehigh University, magna cum laude. Ms. Thorell contributed as a board member to non-profit organizations.

Most recently Sandy Zweifach was the Co-Founder and Chief Executive Officer of Nuvelution Pharma, Inc. Previously, Mr. Zweifach was the Co-founder and CEO of Ascendancy Healthcare, Inc. He has also been a Partner at Reedland Capital Partners, CEO of Pathways Diagnostics, Managing Director and CFO of Bay City Capital, and President and CFO of Epoch Biosciences, which was acquired by Nanogen. Sandy currently serves as the Chair of Palladio Biosciences, Inc., Executive Chair of Janpix, Inc., Chair of IMIDomics SL, and Non-Executive Board Member of Compugen, Inc. (NASDAQ: CGEN) . He is also Sr Advisor to Nuvelution Pharma, Inc.  He received his BA in Biology from UC San Diego and an MS in Human Physiology from UC Davis.