Skip to content
ESSA PHARMA, INC. HAS BEGUN DEVELOPMENT OF A SECOND GENERATION ANITEN COMPOUND FOR THE TREATMENT OF HORMONE-DRIVEN CANCER

ESSA’s Scientific Advisors accomplished ground-breaking discoveries in prostate cancer research by identifying a potential new approach to inhibition of the androgen receptor. Unyielding commitment has resulted in the research and development of the EPI compounds. 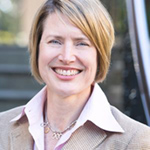 Dr. Sadar co-founded ESSA in 2009. She is a BC Cancer Agency Distinguished Scientist and a UBC Professor of Pathology and Laboratory Medicine. Dr. Sadar is an international leader in developing therapeutics against the androgen receptor. Dr. Sadar received her B.Sc. from Simon Fraser University and her Ph.D. from the University of Bradford, U.K. Post-doctoral training was at AstraZeneca (Astra Hässle) and the BC Cancer Agency. She has served on 50 scientific panels including the integration panel of the U.S. Department of Defense Prostate Cancer Research Program. Dr. Sadar has received numerous awards such as the Terry Fox Young Investigator Award and SWIU/SBUR “Award for Excellence in Urologic Research”. She has acted as President of the Society of Basic Urologic Research and is a member of the Scientific Advisory Boards for the Prostate Cancer Foundation and the Coalition to Cure Prostate Cancer.

Dr. Andersen co-founded ESSA in 2009. He is a Professor of Chemistry at UBC and is internationally known for his research on marine natural products and their potential as drug leads. His discoveries have represented core technologies of Aquinox Pharmaceuticals and Inflazyme Pharmaceuticals and his industrial programs have led to deals with Aventis and Wyeth and the venture capital arms of Johnson & Johnson and Pfizer. Dr. Andersen received his B.Sc. from the University of Alberta, an M.Sc. from UC Berkeley, a Ph.D. from UC San Diego, and he was a post-doctoral Fellow at MIT. Dr. Andersen is a Fellow of the Royal Society of Canada and he has received the Chemical Institute of Canada Medal, the UBC Jacob Biely Research Prize, and the American Society of Pharmacognosy Farnsworth Award.
© ESSA Pharma, Inc. 2020. All rights reserved. Privacy Policy | Terms & Conditions | Code of Conduct